The annual workshop “Cell Biology of Viral Infections” was founded in 2001 in Zeilitzheim and thereafter moved to Deidesheim. Since 2014, the workshop is set at the Schöntal monastery located in the beautiful Jagstal region (also referred to as “Speciosa Vallis”, Latin for beautiful valley). Here, the traditional social event of the workshops, the evening wine tasting, has been continued.

The workshop has become a well-received tradition and is supported by the German Society for Cell Biology (DGZ) and the Society for Virology (GfV). A meeting report for each workshop appears in “Cell News”, a journal published by the DGZ. The reports for the previous meetings can be found at the links indicated below. They have covered the following topics:

2017 “The ins and outs of virus infection: from binding to exit” (download report)

This year, Sophie Winter from the group of Dr. Petr Chlanda (Heidelberg University Hospital) was awarded the prize for the best oral presentation with the title “Cryo-electron tomography reveals Ebola virus uncoating at low pH”. Georgios Vavouras Syrigos from the lab of Dr. Michael Schindler (University Hospital Tübingen) received the award for the best poster presentation for his work on “Regulation of SAMHD1 upon HCMV infection and potential of CDK4/6 inhibitors to suppress HCMV replication in macrophages”. 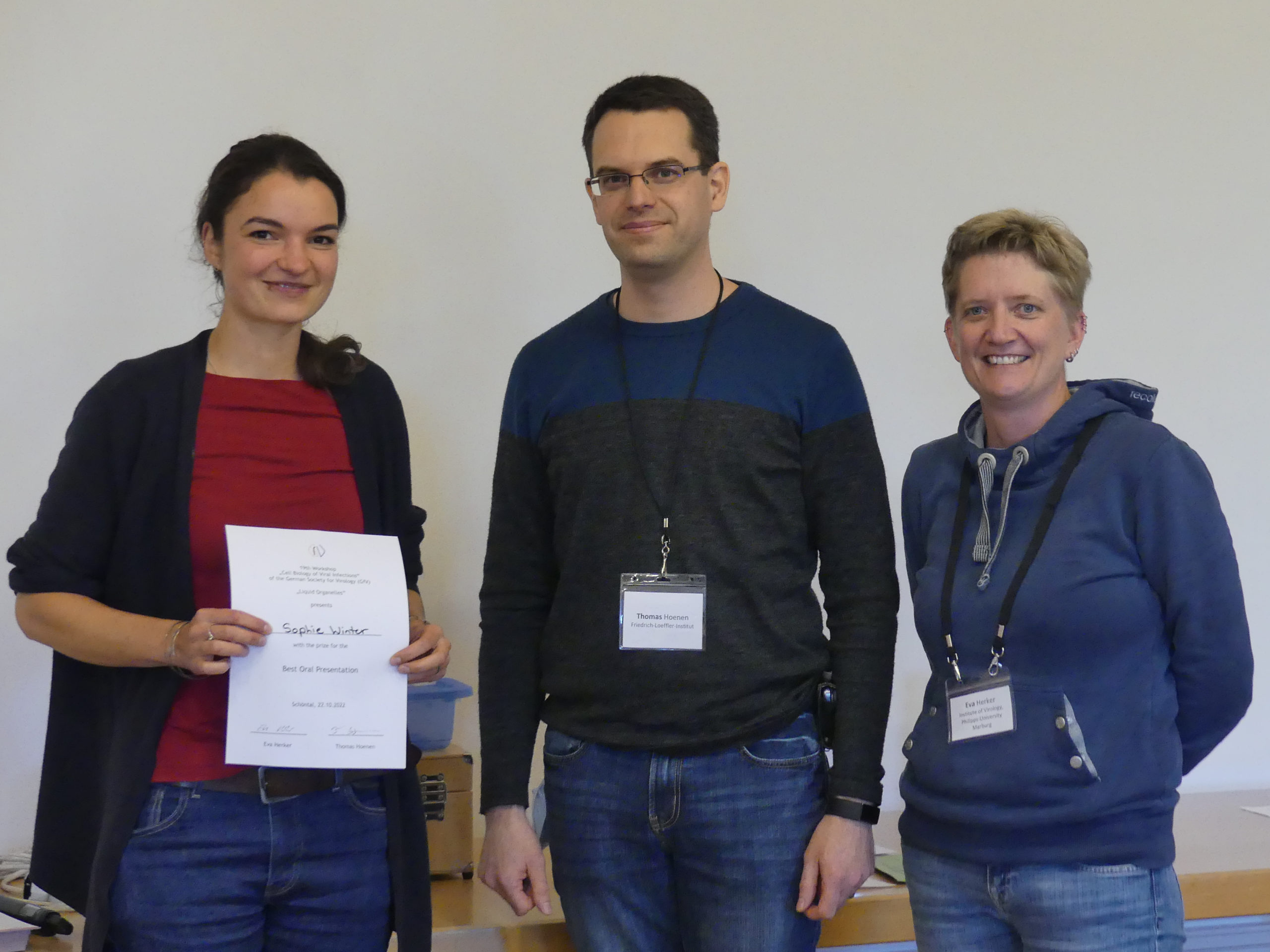 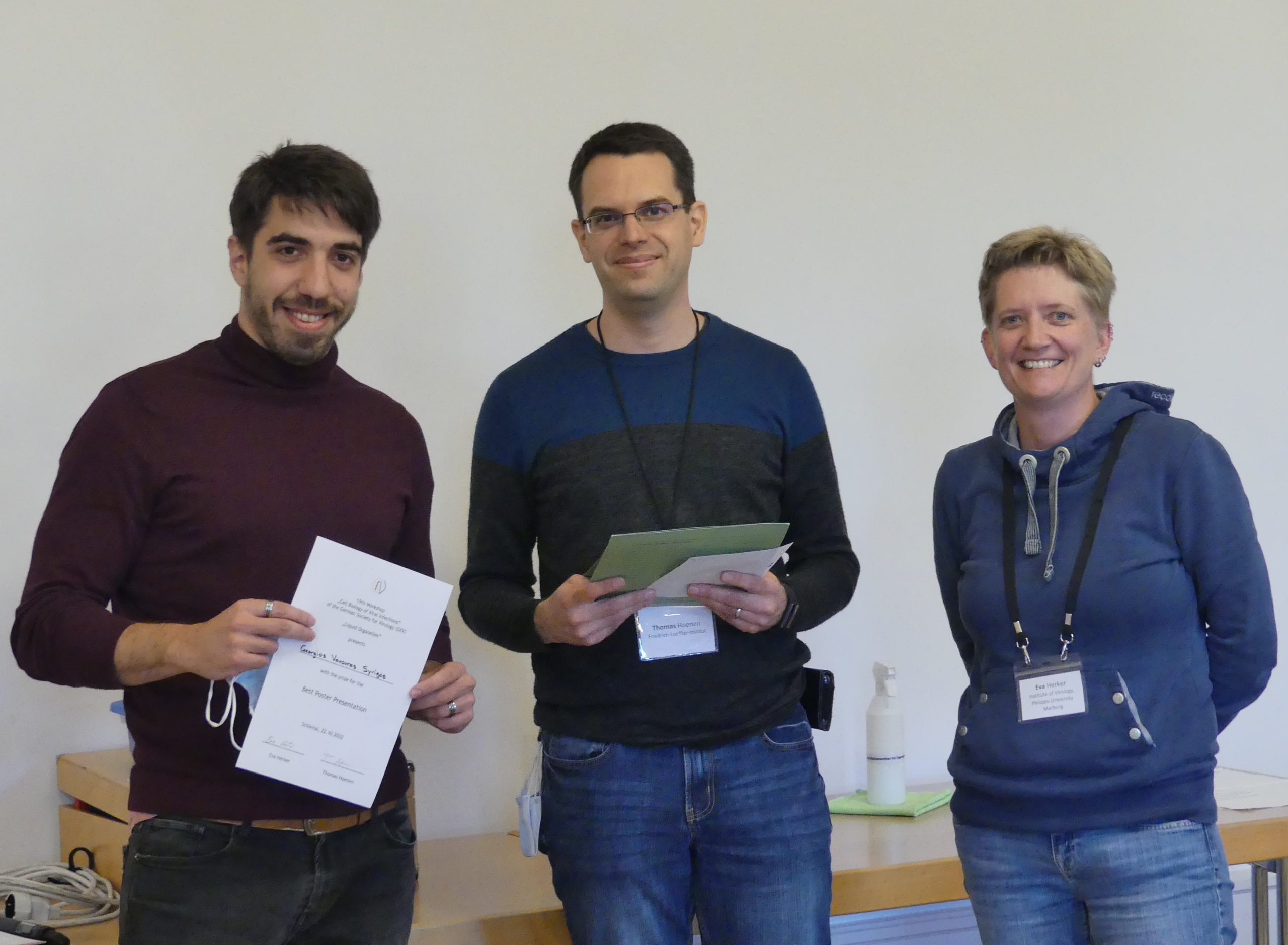 Group photo with 2019 workshop participants in front of the main building of Kloster Schöntal. 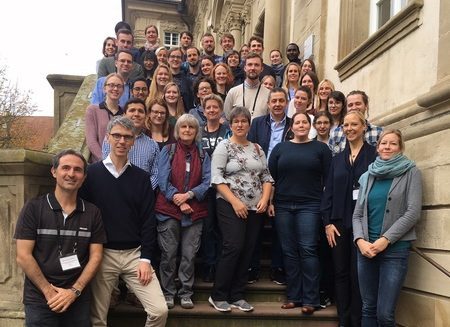 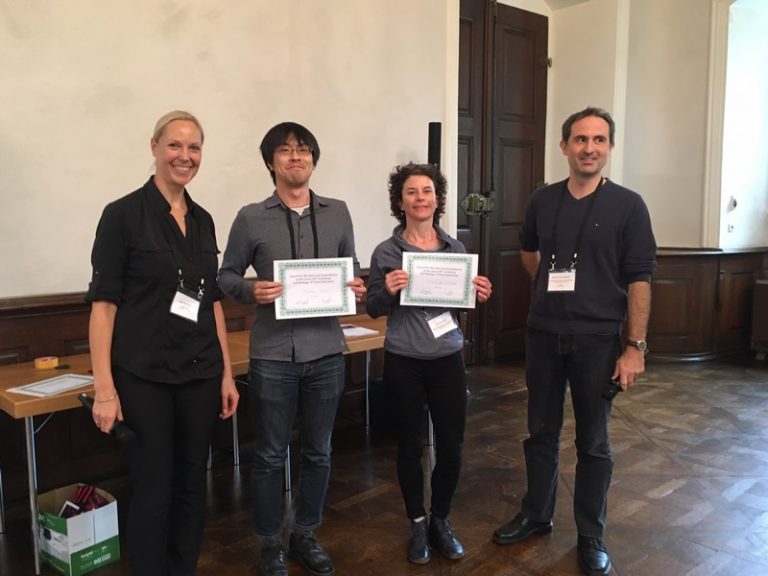 This year, Dr. Yasutsugu Suzuki from the group of Dr. Maria-Carla Saleh (Pasteur Institute, Paris, France) was awarded the prize for the best oral presentation with the title “Functional investigation of endogenous flaviviral elements in Aedes mosquitoes”. Dr Psylvia Léger from the lab of Dr. Pierre-Yves Lozach (University of Heidelberg) received the award for the best poster presentation for her work on the “Virus-encoded amyloidogenic protein”.

Group photo with 2018 workshop participants in front of the main main building of Kloster Schöntal. 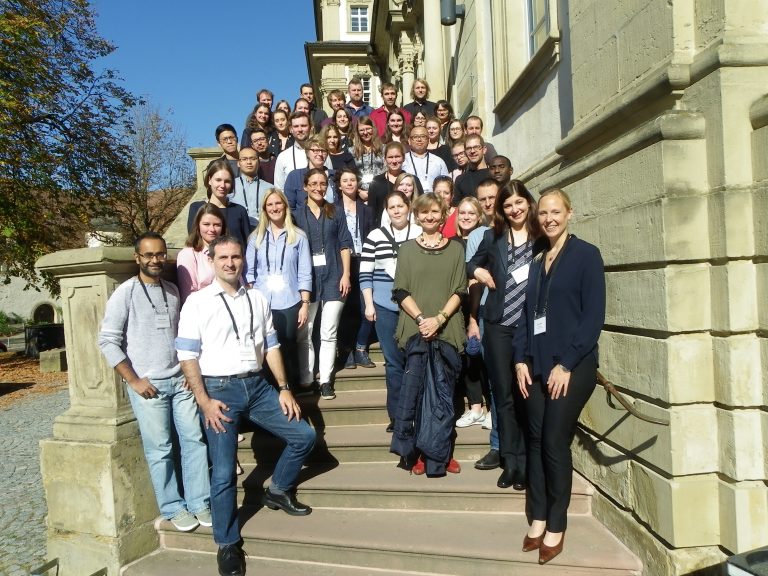 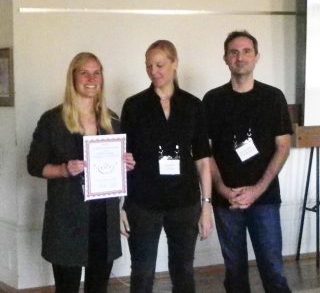 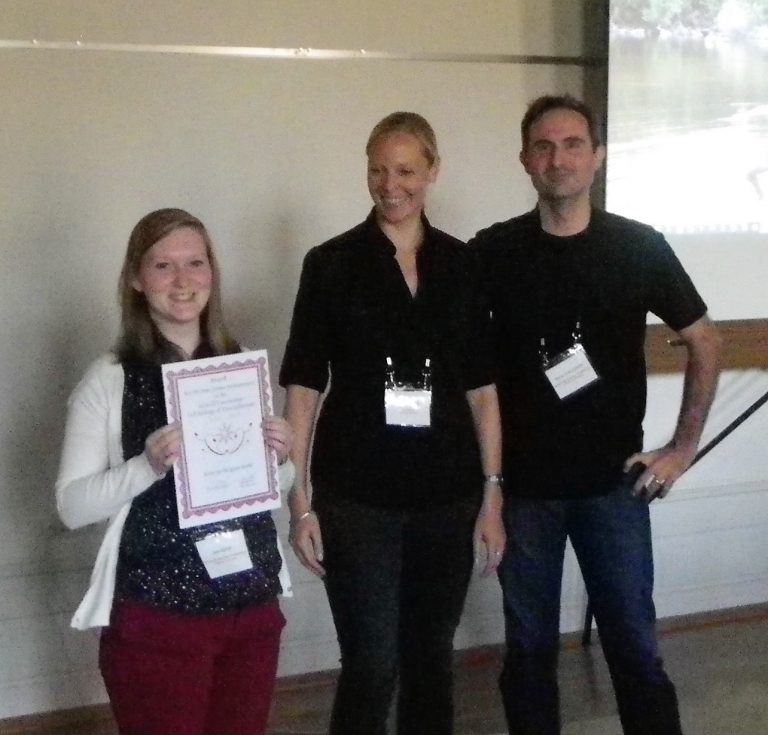 The group photo of 2017 workshop participants in the main entrance of the Kloster Schöntal. 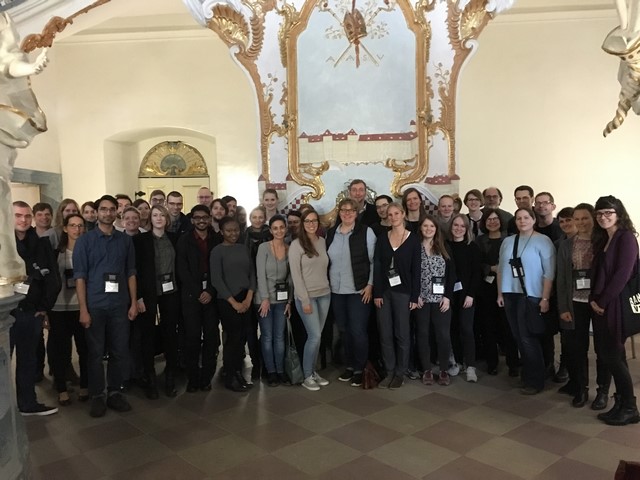 This year Venkat Raman Ramnarayan from the group of Dr. Sebastian Springer at Jacobs University in Bremen was awarded a prize for the best student oral presentation with the title “The p24 family protein TMED10 / Tmp21 / p24d1 anchors m152 / gp40 in the endoplasmic reticulum to abolish MHC class I surface expression”. Dr Miriam Becker from the lab of Dr. Mario Schelhaas at the University of Münster received the award of the best poster presentation for her work on the “Entry of Merkel cell polyomavirus into A549 cells”. 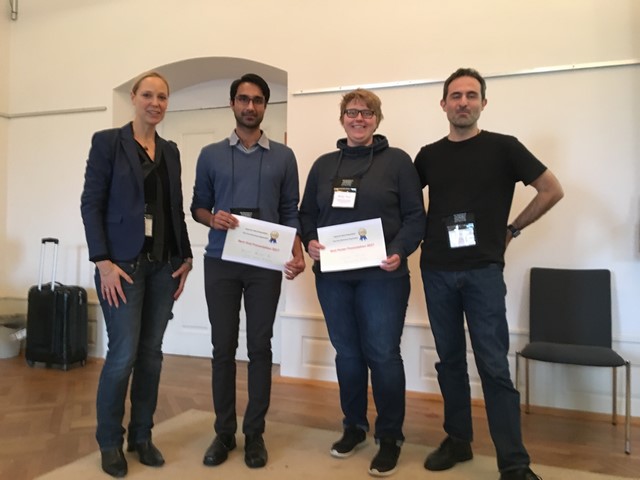 Thanks to all the participants of the 2016 workshop and for celebrating its 15th anniversary! This was the third and final year for Dr. Steeve Boulant and Dr. Claudia Claus! As new chairs Dr. Gisa Gerold (Twincore, Hannover) and Dr. Pierre-Yves Lozach (Heidelberg University) were elected! 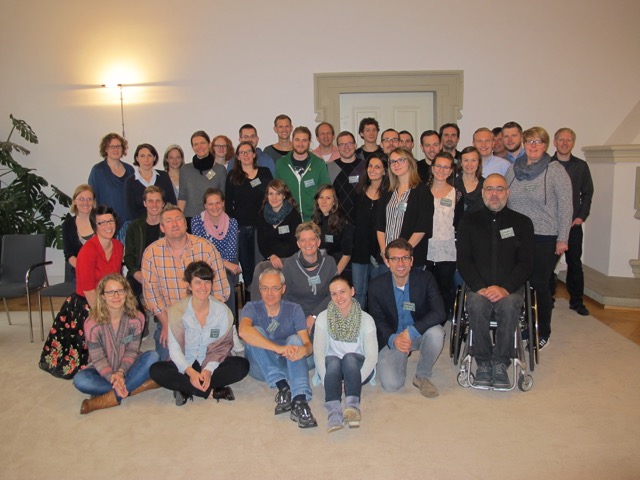 The Award for Best Presentation at the 2016 workshop was given to Marta Fratini from the lab of Dr. Steeve Boulant for her talk on “Nanoscale approaches to characterize the dynamic and biophysical determinants of receptor-mediated virus internalization”. Congratulations! 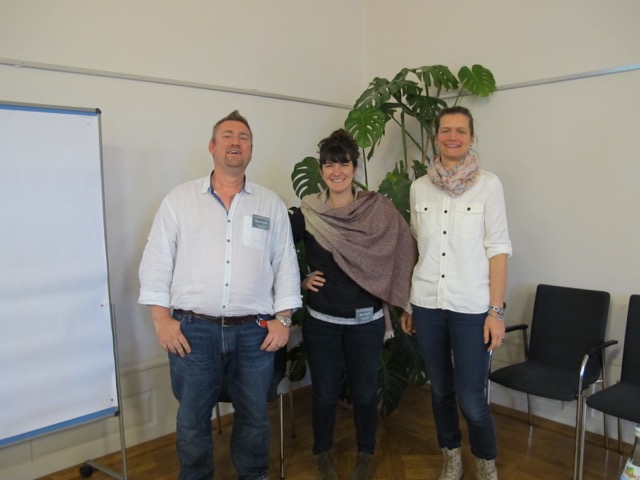 This is a group photo of the participants of the 2015 workshop: 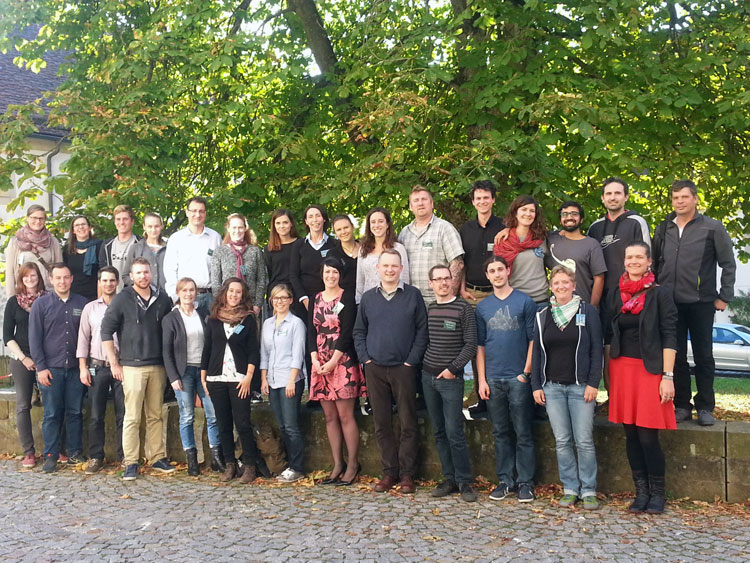 At the 2015 workshop we had two winners for the Award for Best Presentation:
Dr. Bastian Thaa from the Karolinska Institute in Sweden and Cornelius Rohde from Philipps-University Marburg 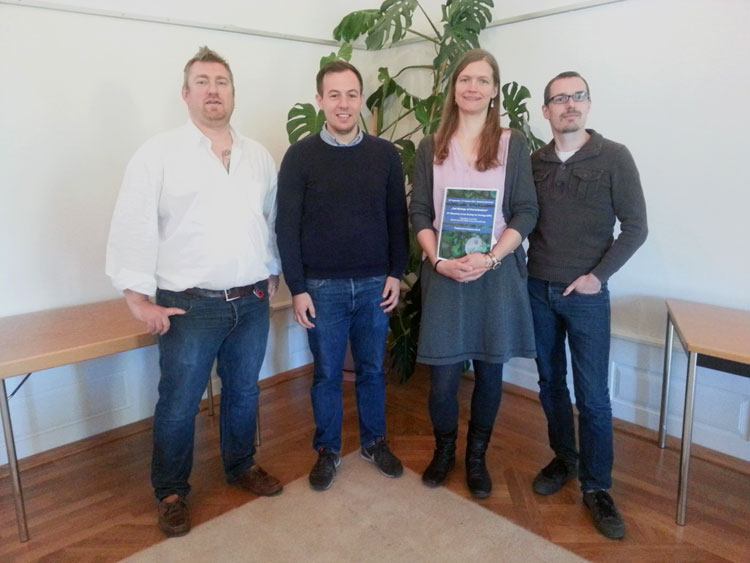 Here is a photo of participants from the 2014 “Cell Biology of Viral Infections” Workshop (19-21 November 2014, Kloster Schöntal, Germany) 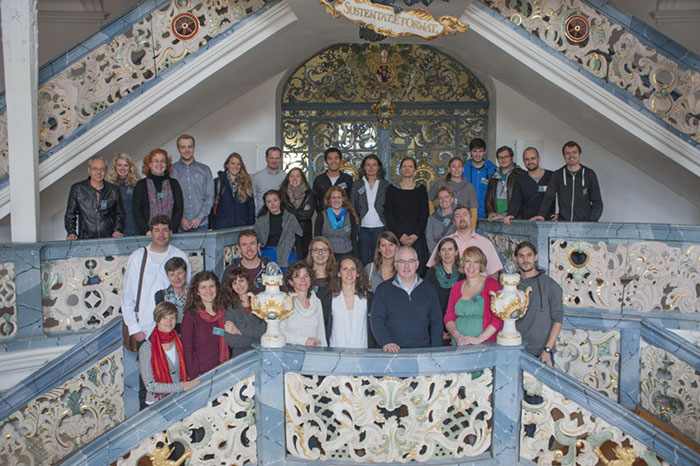 At the 2014 Workshop, the Award for Best Presentation was given to Sarah Hofmann (Heinrich-Pette-Institut) for her talk on “HCV’s Interaction with Host Lipid Metabolism”: 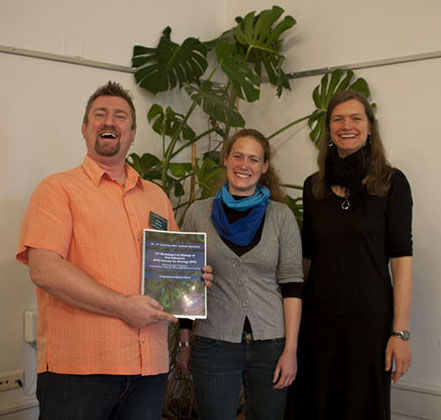 This is an image of all participants of the 2013 meeting on “Cell biology of metabolic processes”, organized by Susanne Bailer and Harald Wodrich. More images of the previous meetings can be found at the following link: